Ambur to Mysore Cabs and Vans

Avail Ambur to Mysore car hire and van hire services at Karthi Travels and enjoy a great trip with family and friends.

Make the best use of the services offered by Karthi Travels at the best rates & experience the relaxing and trouble free journey by hiring Ambur Mysore or Katpadi Mysore taxi at Karthi Travels. With over a decade of experience in car and van rental services, Karthi Travels is the best cab service provider in the industry, if you are planning to book a taxi.

We also launch few offers during certain seasons and holidays. We try to provide you excellent deals from time to time to help you travel in the cheapest possible fares. With our user-friendly website, you can book taxi online in a few simple steps and avail hassle free car and van rental service. Travel from Ambur to Mysore with Karthi Travels and have a pleasant journey.

At Karthi Travels Car and Van Rentals, you will get many options of car types and travellers to choose for hiring a taxi from Ambur to Mysore. Some of the popular car models include Indica, Etios, Innova, Traveller and many others. The table below highlights the various car model options available which you can choose for Ambur to Mysore cab booking.


With our well-mannered drivers and great fares, we promise you a wonderful journey. For any further details on Ambur tp Mysore car and Van rental, please call us on +919655502002.

At Karthi Travels you get the best deals for your Ambur to Mysore cab tour. The cab tour at Karthi Travels is sure to be affordable for you. You can avail the tour depending on the itinerary available.

We pride ourselves on transparency. With no hidden charges, great cab service at very affordable rates, we offer you the best prices as compared to any other player in the industry. Karthi Travels believes in making travel extremely convenient for customers and we fully understand that the Ambur to Mysore cab fare is an important parameter when you make the decision to book a taxi.

Your Ambur to Mysore taxi fare will never be a burden on your pocket. You can contact us on +919655502002 for any enquiry or to get more details on Ambur to Mysore cab fare. We will also help you plan your trip in the most efficient way possible.

1. Affordability: Karthi Travels is the best car and Van rental provider in Ambur, if you are looking for an affordable taxi fare from Ambur to Mysore.
2. Courteous Drivers: We promise to provide you reliable taxi service with our professional drivers.
3. Timely Availability: Karthi Travels always guarantees timely availability of taxi service.
4. Services across Ambur: With excellent services for cabs from Ambur to Mysore Karthi Travels's operation is available across all major towns in and around Ambur.
5. Wide Range of Cars: You can choose a taxi or Van from a wide range of cars and Vans like Indica, Tavera Sedan and Traveller.

Karthi Travels’s continuous focus on complying with customer demands and travel needs have positioned us as a true customer-centric player in the road travel/tourism sector. In order to make customers outstation travel truly memorable, we offer several Ambur to Mysore cab and Van tours. Our website is continuously updated with the new seasonal tours that are launched. You can also call us to explore the various tours from Ambur to Mysore. After choosing any of these tours from Ambur to Mysore, you can be assured that you are getting the most efficient rates, the most courteous and experienced drivers as well as Karthi Travels’s guaranteed service levels. Customers are provided with options for one way, single day as well as multi-day car and Van tours from Ambur to Mysore.

About Mysore Zoo
Mysore Zoo is one of the city’s most popular attractions. Closed on Tuesday. It was established under royal patronage in 1892, making it one of the oldest zoos in the world, and since then millions of people have enjoyed its wonderful animals and spectacular grounds. The zoo has a very successful breeding program and houses animals from more than 40 different countries and there are many native Indian animals as well, including Royal Bengal tigers, white tigers, elephants, giraffe, fallow deer, Himalayan black bear, Gaur (Indian bison), white peafowl and African rhino. The zoo is also home to many other exotic creatures from around the world like Branary sheep, giraffe, hippos and gorillas. The zoo also encompasses Karanji Lake, which attracts several species of migratory birds during the breeding season including painted storks, pelicans and darters. Other attractions include the botanical Garden with 35 species of exotic ornamental plants and 85 species of trees from India and abroad. Visitors can treat themselves to snacks and tender coconut that are available inside the zoo. Excellent mementos are available in a souvenir shop. Vehicle parking is available in an open area opposite the zoo. The parking fee collected is Rs.50/- for bus, Rs.30/- for mini-bus or tempo, Rs.10/- for cars and Rs.5/- for two wheelers. Rs.40 for adults, Rs. 10 for children over 5, Battery Operated Vehicle Tour Rs. 100/-, Rs.20/- for camera. 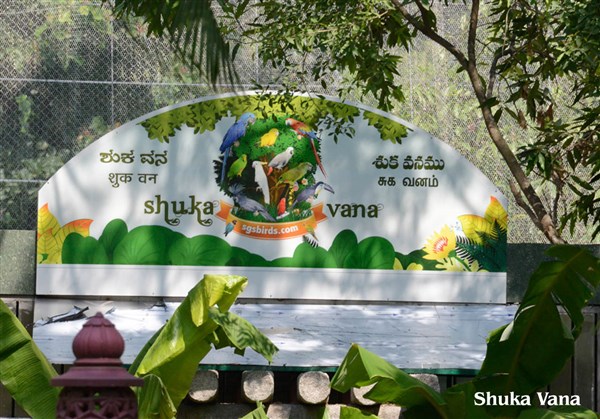 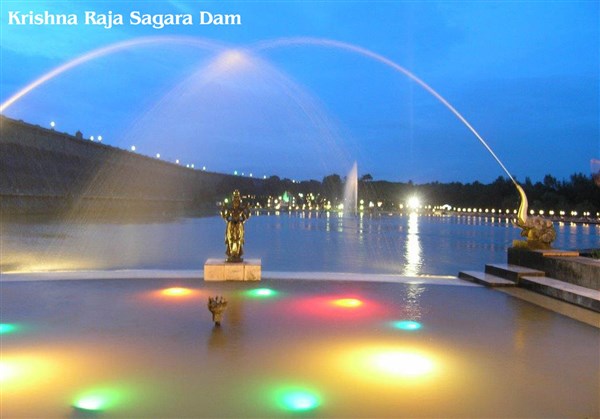